Join us via Zoom as Jessica Vitalis presents her Middle Grade novel The Wolf's Curse, in conversation with Newbery Medalist Erin Entrada Kelly!

For thousands of years, legends of the Grim Reaper have terrified children around the world. But what if, instead of an ominous cloaked figure, Death is simply a tired wolf in search of relief?

Set in a world where stars are believed to be lanterns lit by loved ones when they reach the Sea-in-the-Sky and sail into eternity, 12-year-old Gauge embarks on a quest to avenge his grandpapá after a mythic wolf steals the old man’s soul. But the superstitious villagers believe the boy to be in league with the Great White Wolf and put a bounty on his head. A young feather collector named Roux offers Gauge assistance, but soon, the two orphans are forced to question everything they have ever believed about their town, about the Wolf and about death itself.

In what Booklist calls a “striking debut,” Vitalis’ novel is a vivid, literary tale focusing on family, friendship, belonging, and grief, wrapped up in the compelling narration of the sly, crafty Wolf. Fans of award-winning titles like “The Girl Who Drank the Moon” and “A Wish in the Dark” are sure to be captivated by “The Wolf’s Curse.”

Preorder now and receive goodies from the author! 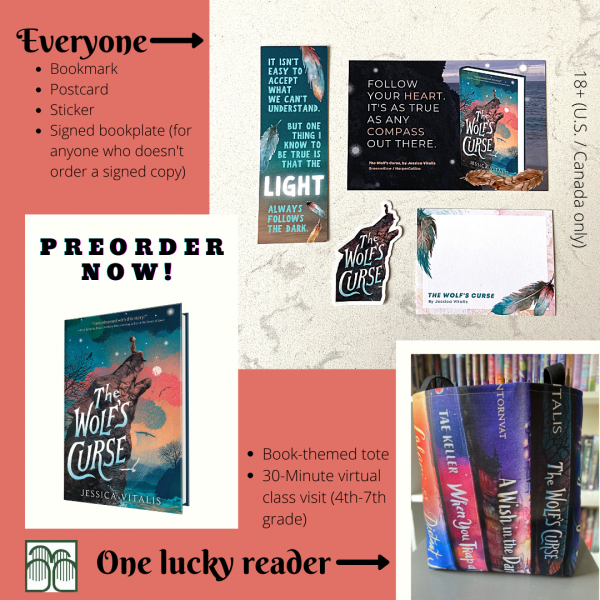